Welcome to my website! Here's a little more about me and my career. 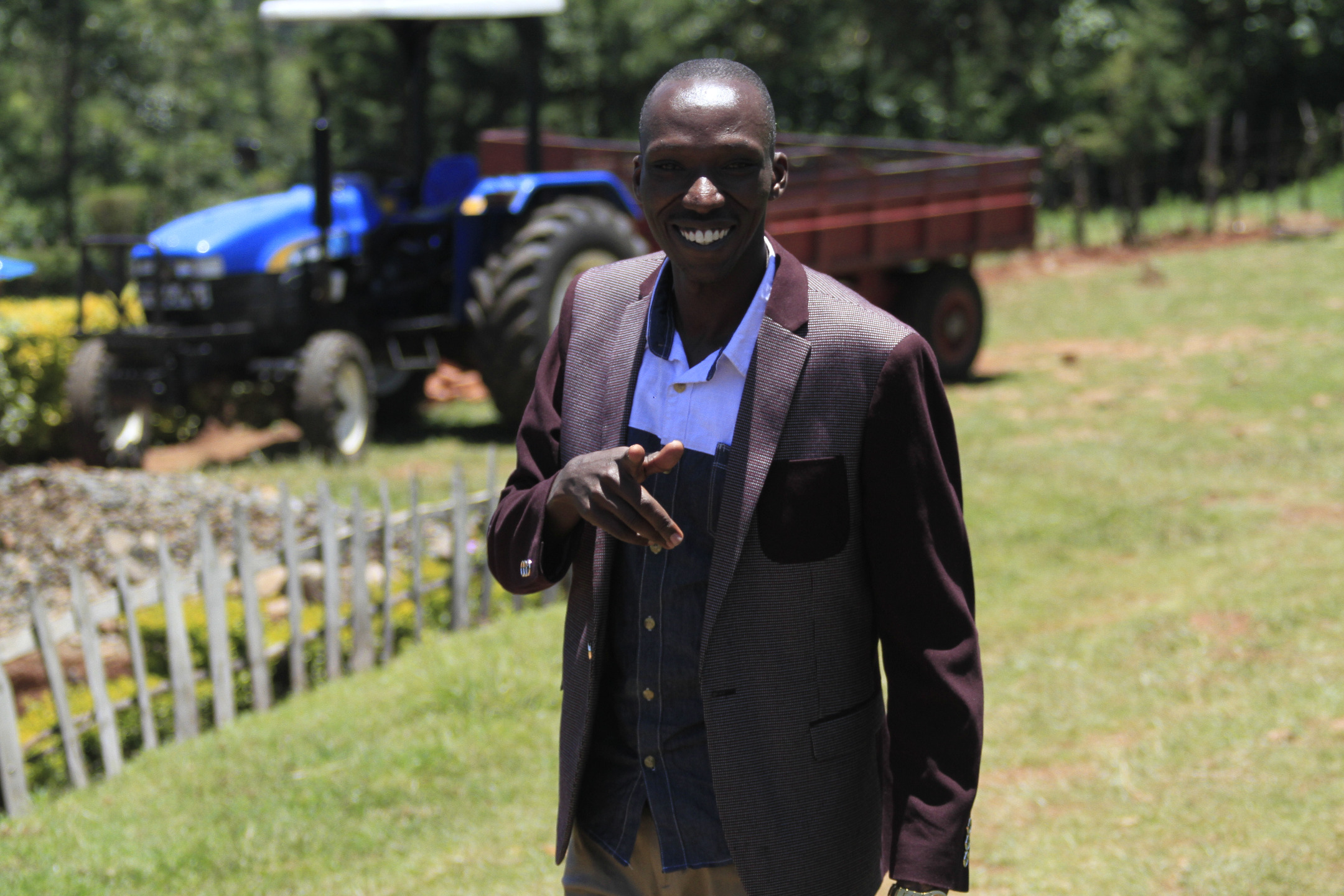 I'm the current 1500m Olympic Silver medalist, World Champion, World No.1 and 4x consecutive Diamond League trophy winner (2021, 2019, 2018, 2017). I'm from a small town called Singorwet, Bomet County but since 2014 the base for all of my training has been on the outskirts of Nairobi through membership of Rongai Athletics Club (RAC) under the guidance of Coach Bernard Ouma. My personal bests are: 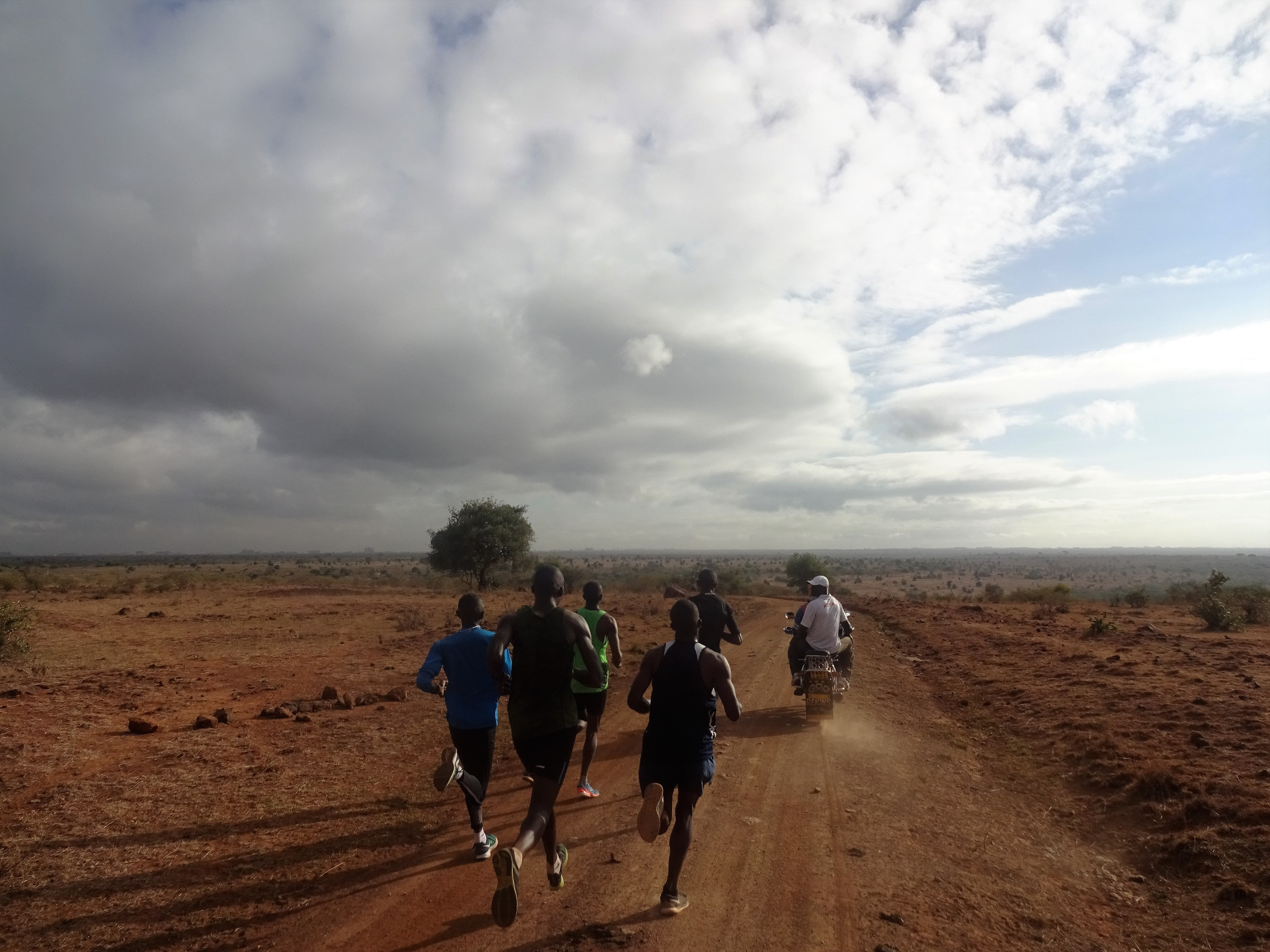 A defining moment in my early career was the Distance Medley Relay (DMR) at the 2015 IAAF World Relays Championships in the Bahamas. It was my first time to fly in a plane. First time to represent Kenya. First time to run a DMR. First time in an international stadium. The intended aim for me? To assit in re-writing Kenya’s existing DMR World Record. No pressure then! The WR on that day fell to Team USA but I achieved Silver and gained a valuable learning experience. I had a hunger to improve but much more experience required. 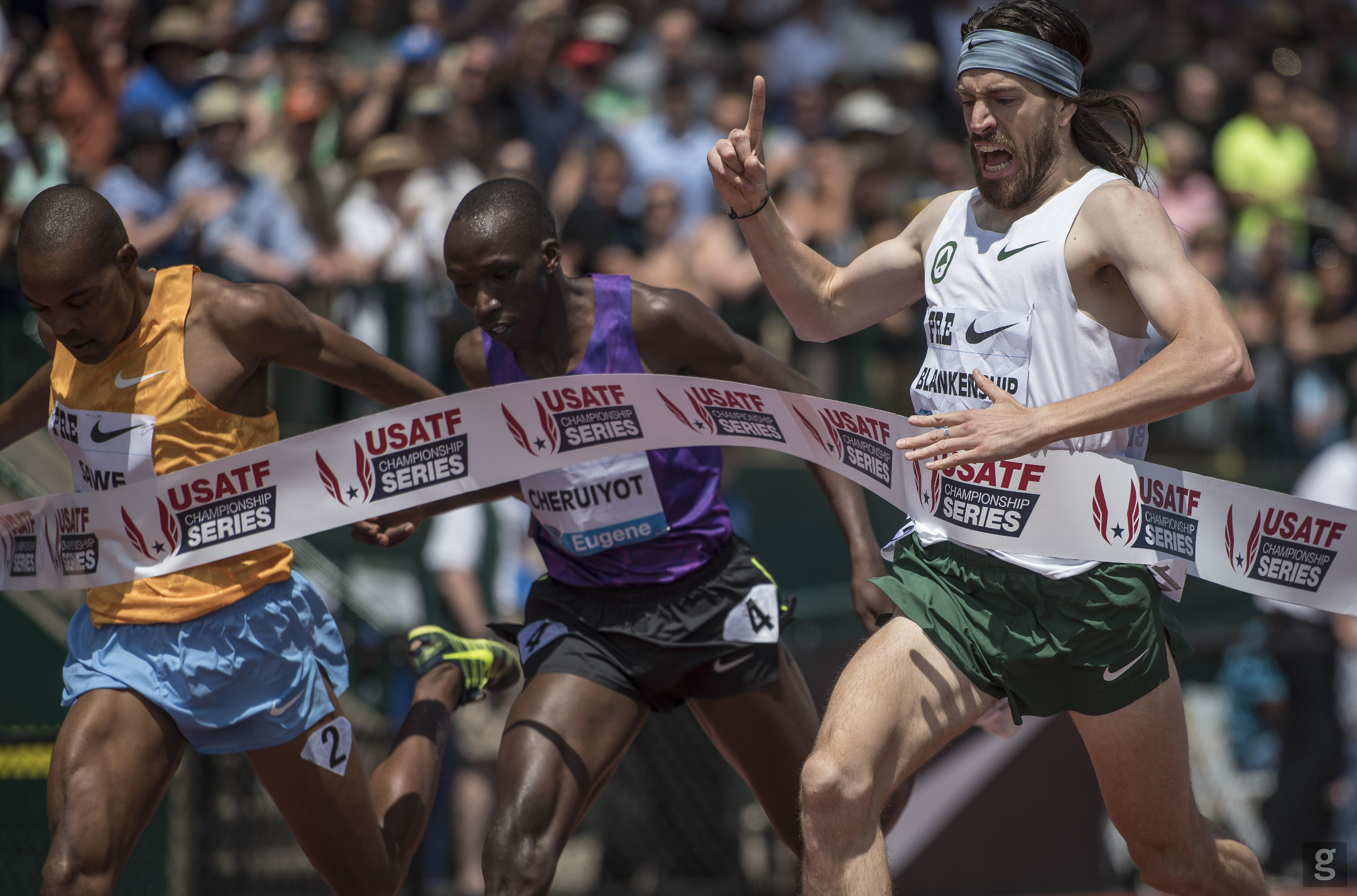 A re-match with Ben Blankenship took place 3 weeks later at the Prefontaine Classic, International Mile in Eugene. I was 3rd overall with a solid debut mile time of 3.53 but attention switched to trying to make the World Championships in Beijing. It happened.  Both early qualification rounds were navigated and I had a place in the 1500m final. At the end of my first season I was 7th in the World!

2016 brought a win at the Rabat Diamond League, a silver medal at the African Championships, Durban and 2nd in the Anniversary Games Ermsley Car mile, London. An excruciatingly close 4th place at the Kenyan Olympic Trials meant Rio was not to be for me. I was so dissapointed, but another breakthrough came at the end of this season  - a win and PB at the Diamond League finals in Brussels (3.31.34). I ended the season 4th fastest in the world.

By the end of the 2017 season I was 2nd fastest in the world over 1500m and a world Silver medalist. The London World Championships gave me a great confidence boost and I ended the season by winning the Diamond League final too.

With no major championships in 2018 I focussed on speed and my Diamond League racing. I managed to remain unbeaten in all Diamond League and domestic Kenyan races culminating in my succesful defense of my Diamond League trophy in Zurich. For the first time I ended the year ranked 1 in the 1500m and mile with the fastest times of the season – 3.28.41 and 3.49.87 respectively. It was a privelage to be nominated by the IAAF as one of ten athletes who competed for the Athlete of the Year Award, 2018. Going back to Monaco where I set my PB but in a relaxed setting in the off-season was great! 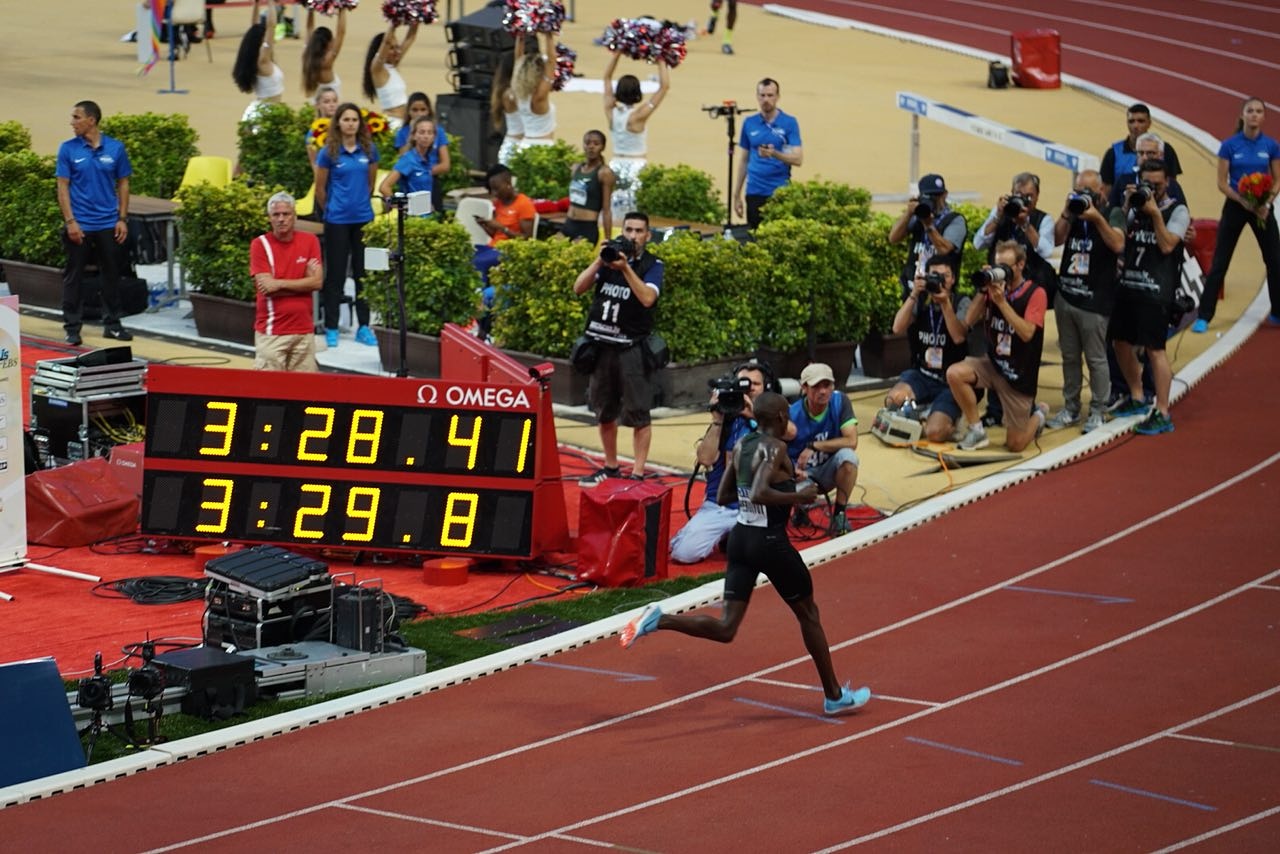 At the end of 2018 and early 2019 I picked up a small injury, the first of my career to set me back a few months in build up phases for the outdoor season. I learnt a lot about how to deal with injury, how to keep focussed on goals and to have discipline but also fundamentaly to enjoy what I do. I knew 2019 was a big year ahead. 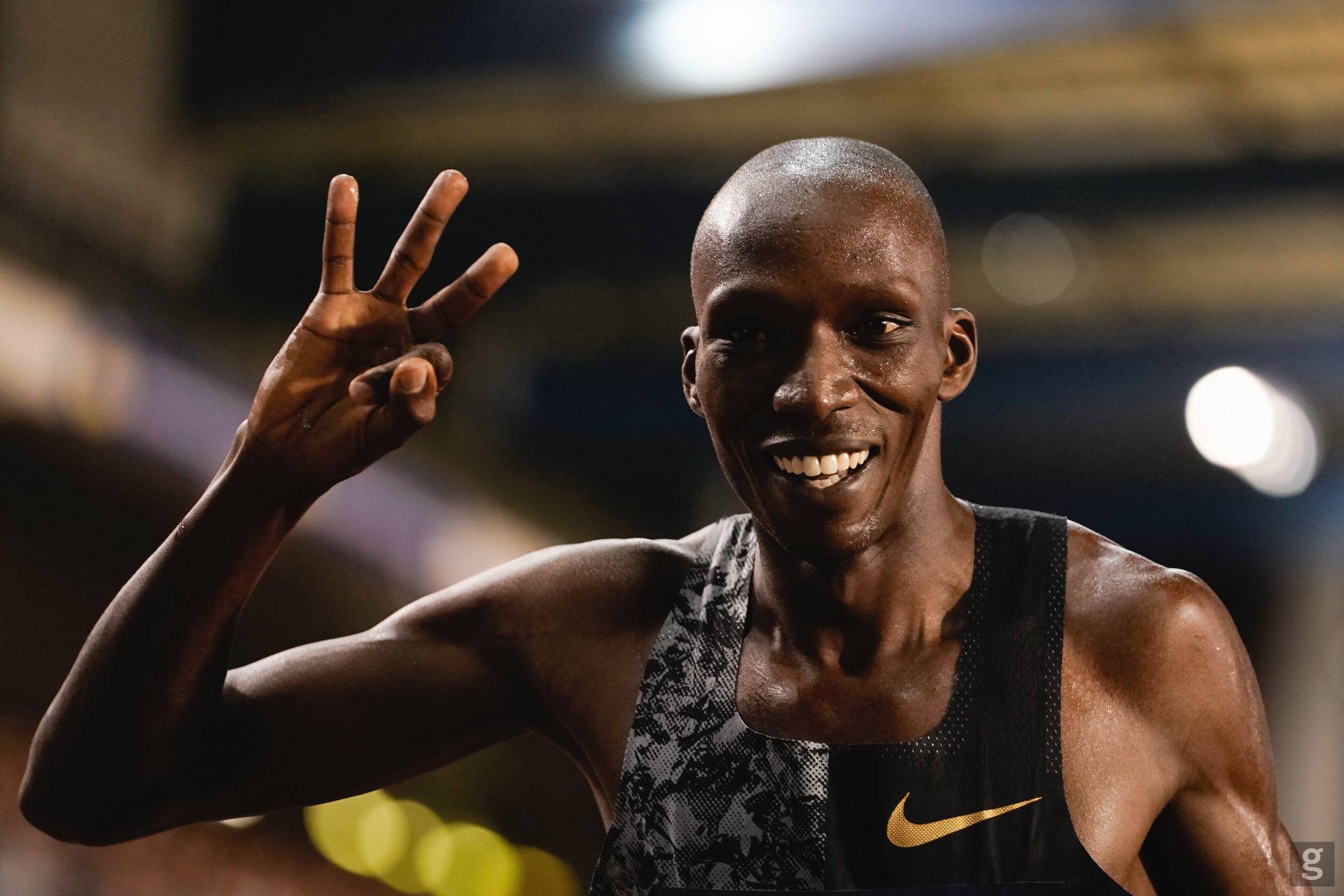 I remained World No. 1 in 1500m but also stepped down to the 800m where I ran a PB of 1.43.13 to win the Kenyan National Championships. I won all Diamond League races bar my first race in Doha in May when I was easing back into racing after my injury in the winter build up. Front running Lausanne Diamond League to get a 3.28.78 meet record was particuarly memorable  - watch the race here. A succesful defence of my Diamond League trophy was one objective achieved. But the season ending with a Gold medal at the IAAF World Championships in Doha is my biggest achievement and proudest moment; something I have dreamed of and worked hard for since I was a teenager. It was an amazing feeling to finally get Gold for Kenya. 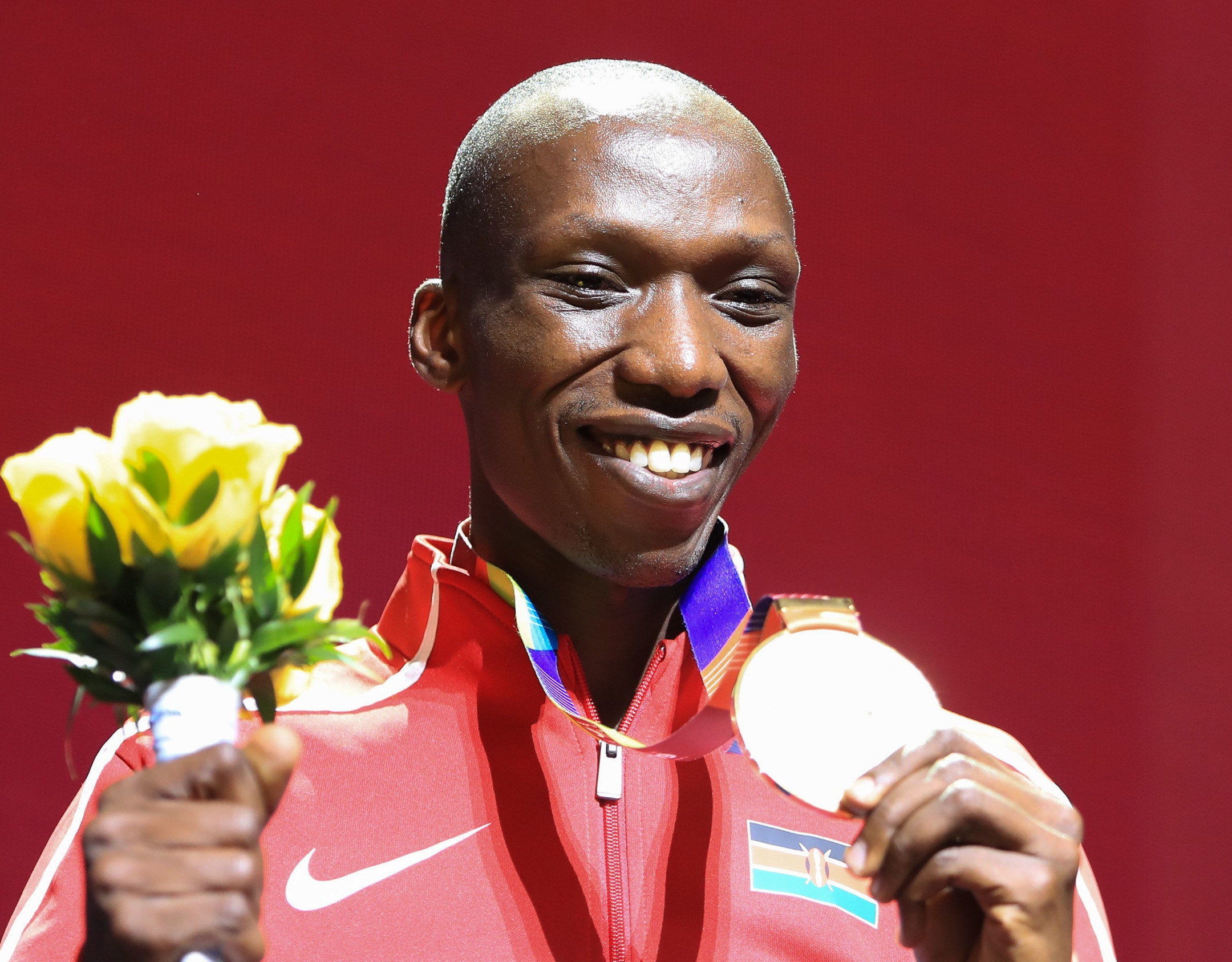 2020 - a year with so many challenges due to coronavirus. Little did I know when I was in New York in November at the NIKE Forum that that would be my last travel for 5 months! I am so grateful for the few races I did manage to run in Monaco, Stockholm, Doha and Nairobi. The unique Impossible Games was different but fun over the 2,000m distance. The whole 3 months before this I had spent time at my rural home in Bomet with my family. This was the longest time in 6 years I have spent at home. It reminded me how far I had come and how much I appreciated the most important thing in life - family. 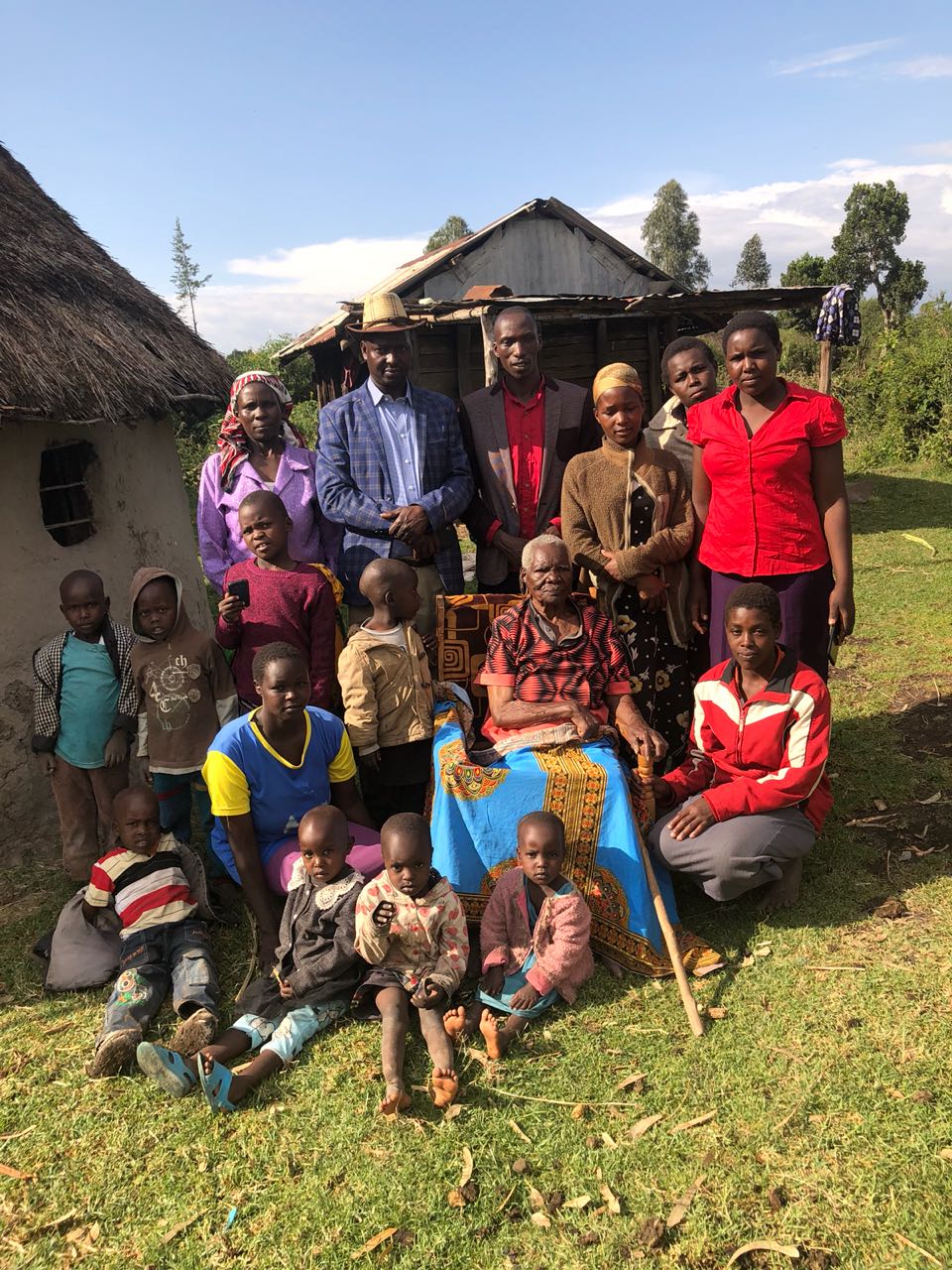 2021 - the pandemic still dominates, but thankfully Diamond Leagues can happen. Further wins achieved in Doha, Stockholm and Monaco where I ran my personal best - 3.28.28. These last two races I had so much pressure due to speculation of not being fit after I was 4th in the Kenyan Olympic Trials. I delivered. 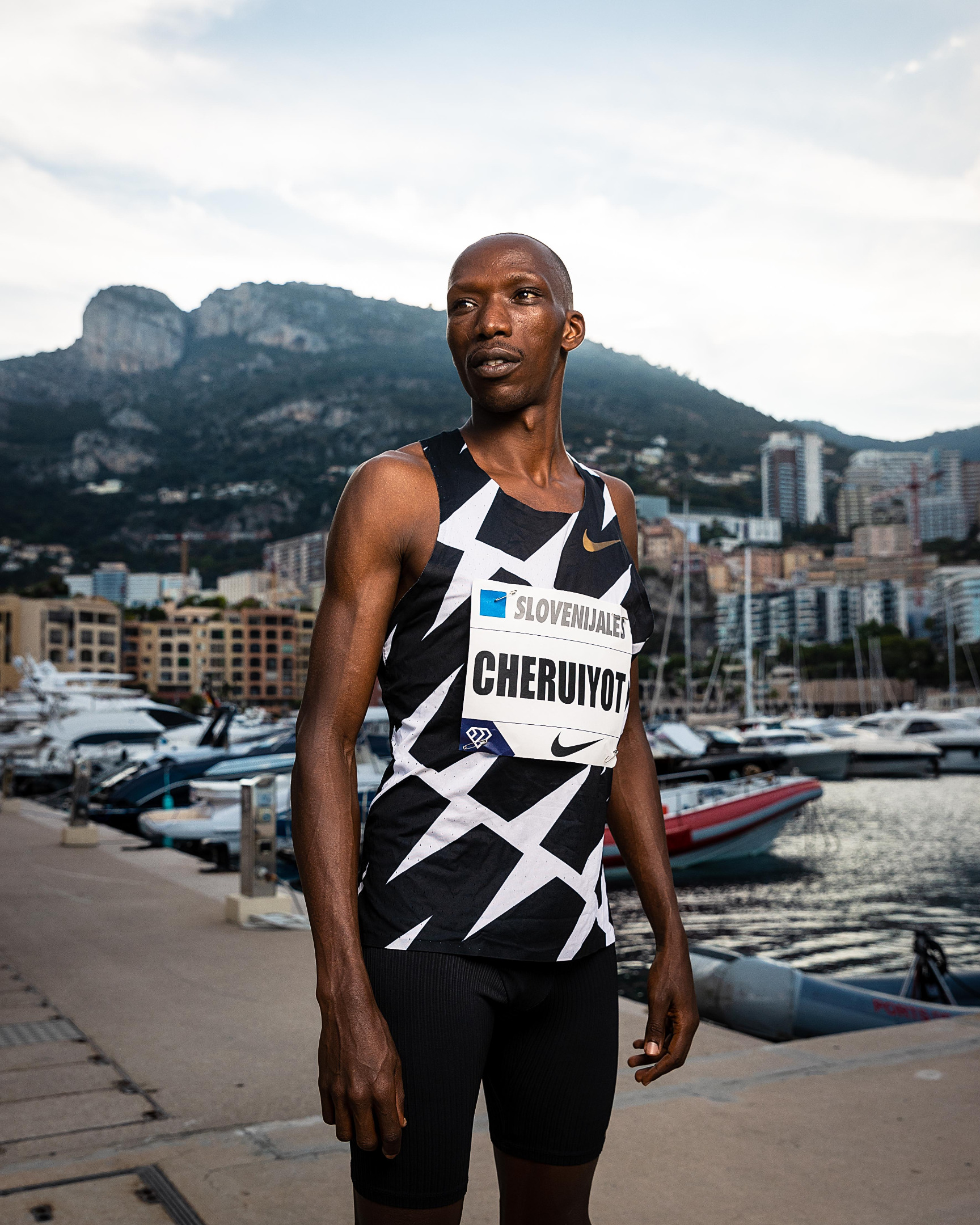 Eventually Athletics Kenya formally welcomed me into the Kenyan Olympic team and Tokyo was next. Both rounds navigated and a famous and historic final came. A silver medal for Kenya and personal dream of medaling at an Olympics achieved. I did my best with the fitness I had at that time and Jakob Ingebrigsten of Norway ran an incredible race with us both making it fast with times of 3.28.41 and 3.29.01. 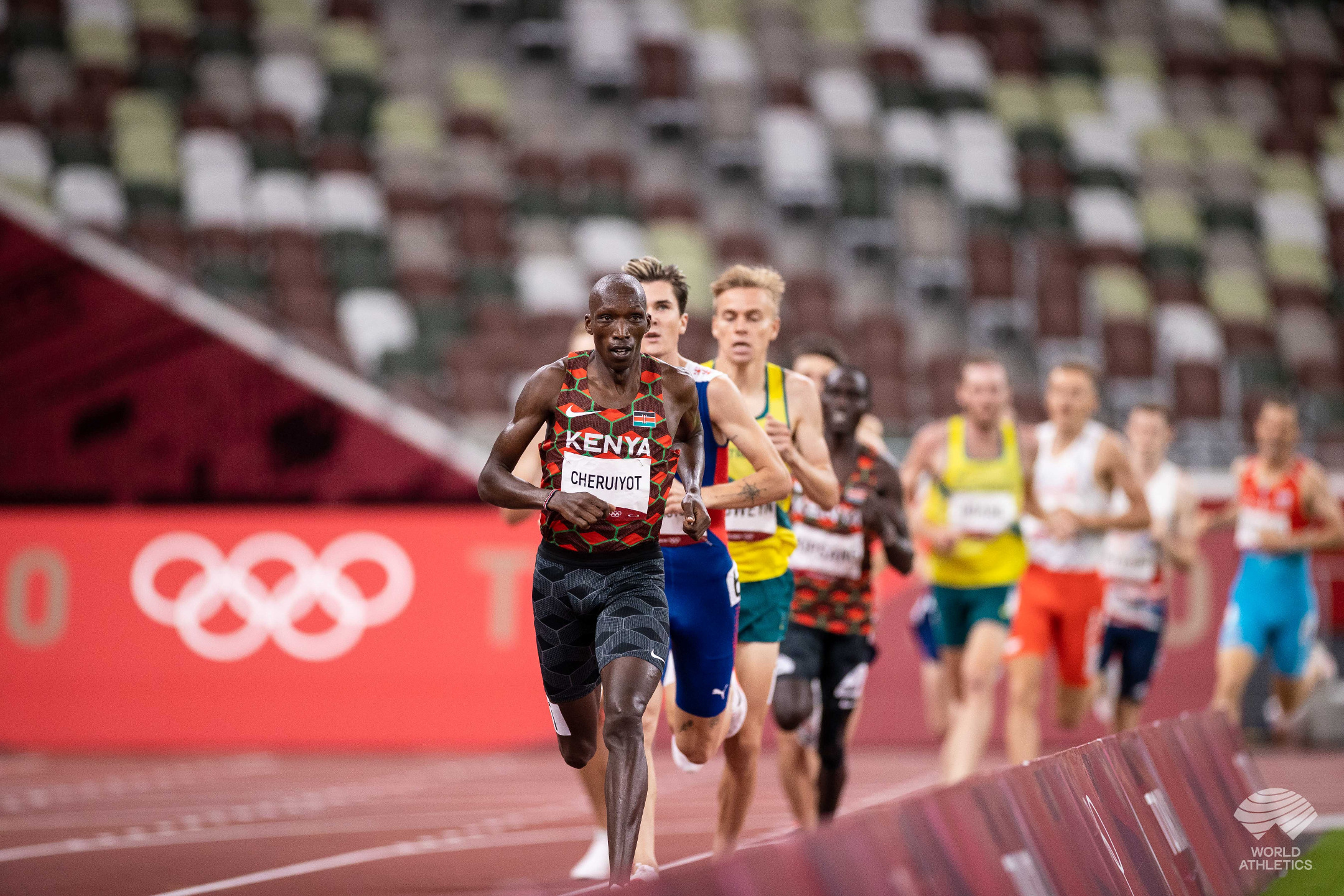 I left my room in the Olympic village that evening and said that if anybody beat me then I would gift them my Kenyan bracelet. This World Champion will face the Olympic Champion at future global championships. That is certain. 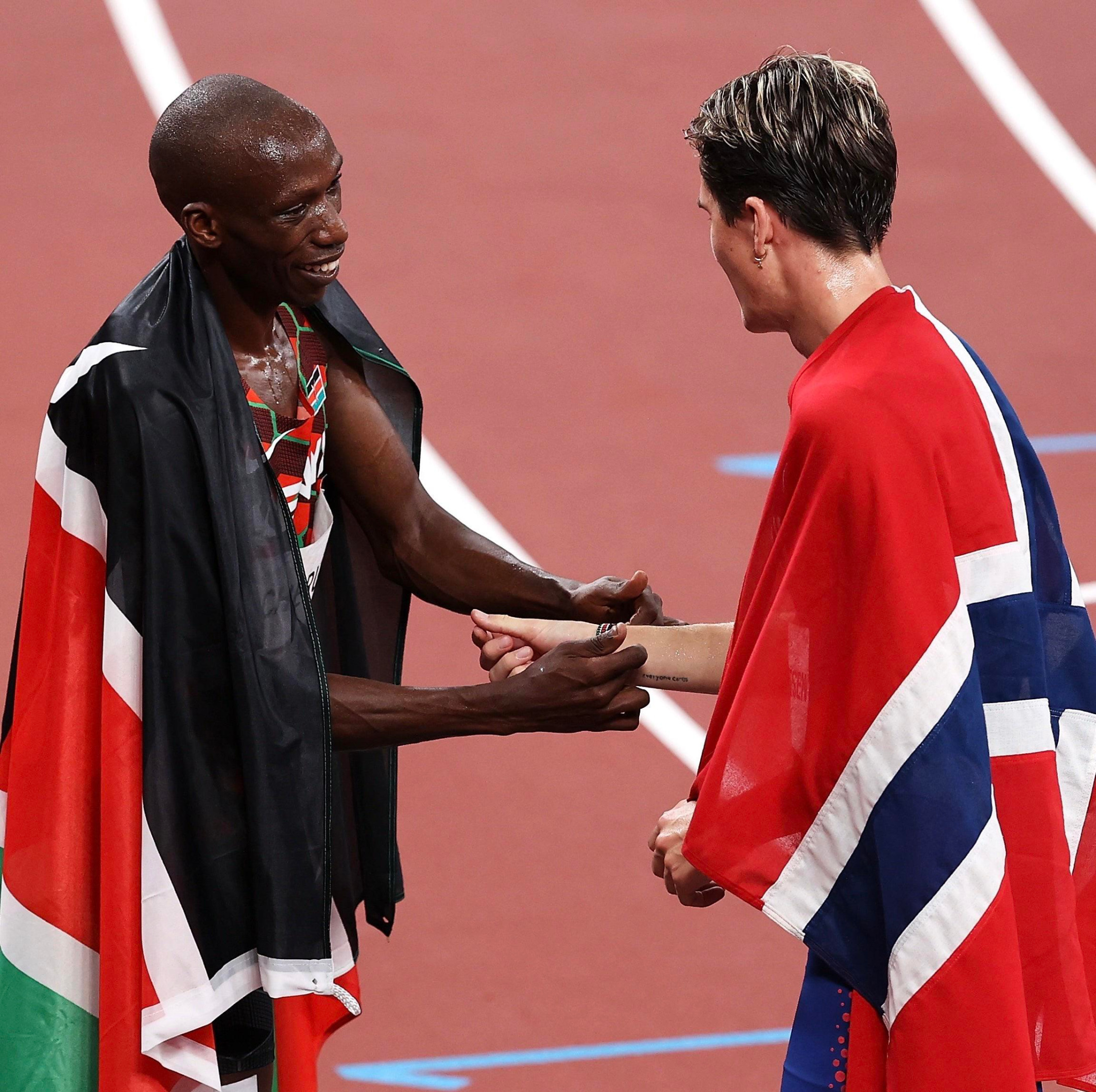 To close my 2021 season I went back to Zurich to seek a defence of my last three consecutive Diamond league trophies. What. A. Race! McSweyn took it out, Jakob and I followed and it became a tough battle down the home straight. I turned the tables this time and gave it everything to come out as the winner. 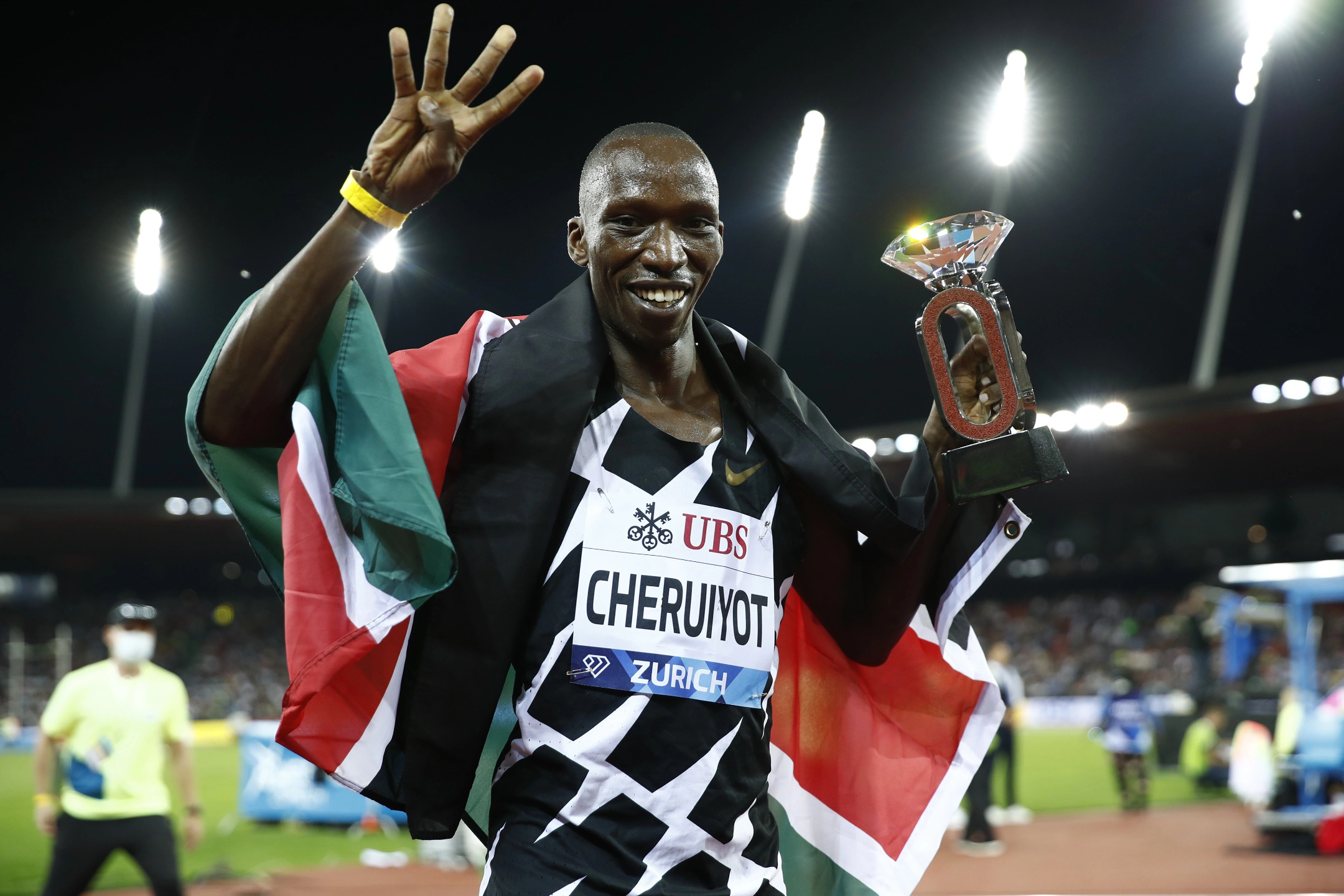 Taking time with family in Bomet, then taking care of my body in the off season, building up my strength in the gym and coming back in the spring 2022 for racing has been my core focus.  It's been a steady start with 2nd in Doha Diamond League and 3rd in the Boweman Mile. Now we are close to the 2022 championships season where I seek to retain my World Championships Gold medal. Take a front seat with me on this next chapter and enjoy the performances that await! 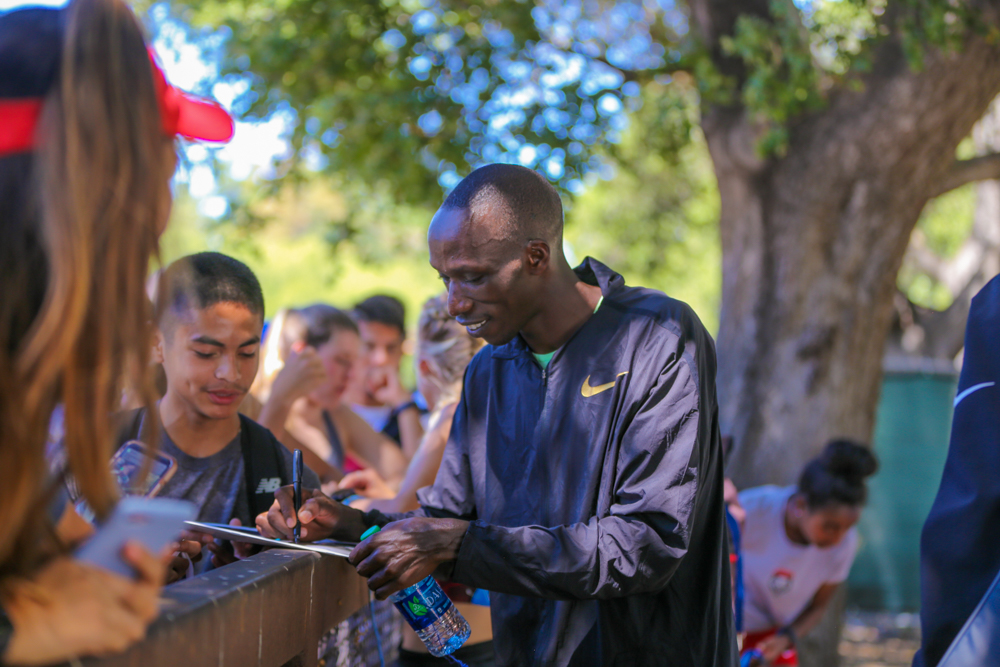 Overall, it's taken me 7 years of hard work with consistent training plus a trusted personal support structure to reach the level I have. Thanks to you - my fans - for all your support as well; I promise to keep entertaining and striving to improve. You can keep up to date with my journey by following me on my social media. See you soon!